It is one of the AOCs with the longest history in the world of wine and owes its origins to the Avignon Popes, a millenary history dating back to 1936.

1 Wineries and Vineyards for sale in AOC Chateauneuf-du-Pape 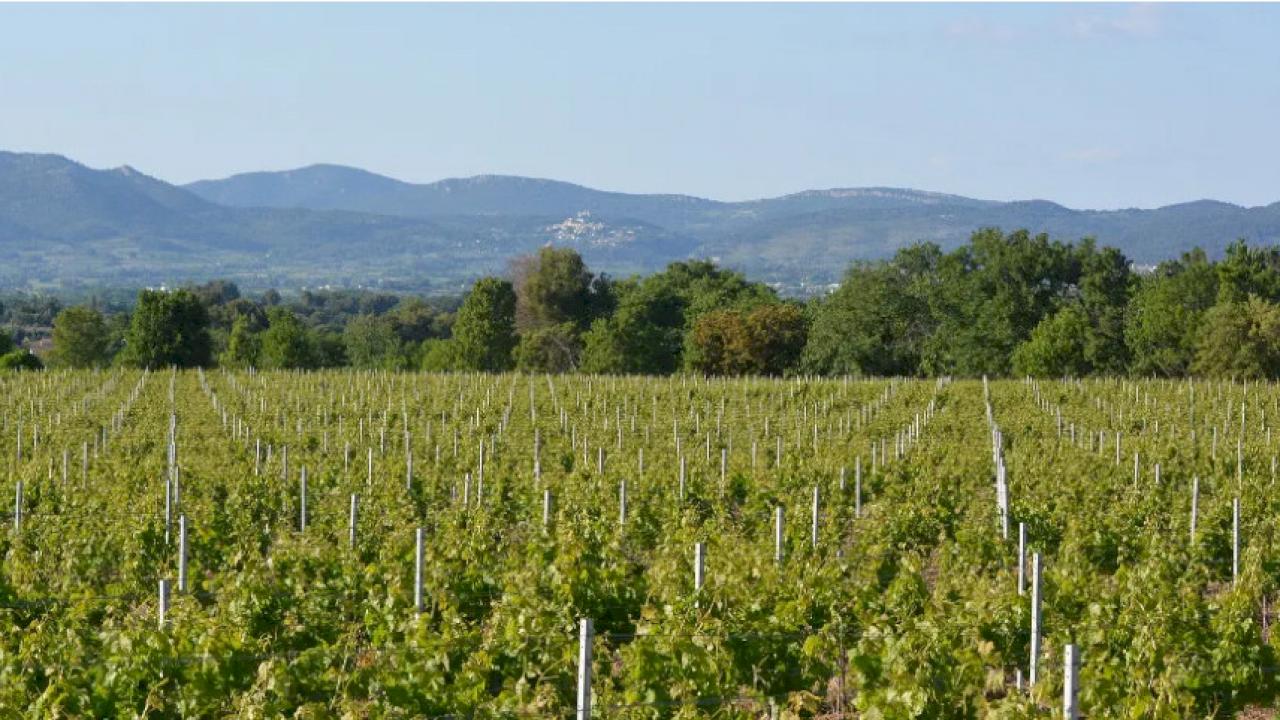 The AOC is made up of 5 communes: Châteauneuf, Courthézon, Bédarrides, Orange and Morgues.

From the arrival of Clement V and then John XXII in 1309 in Avignon, the popes claimed the nearby vineyards to cover their needs. It is to John XXII that we owe the construction of Châteauneuf-du-Pape. Benedict XII, the third pope to settle in Avignon, ordered the construction of the palace of the popes. During almost the whole of the 14th century, the period during which the popes settled in Avignon, the wines of the region benefited from this reputation, especially the most prestigious wine of all called Châteauneuf-du-Pape.

As in all the wine-growing regions of France, the modern era brought its share of modernity to viticulture. In the 17th century, the Côte du Rhône is the name of an administrative district of the vicariate of Uzès in the department of Gard where the wines enjoy a certain reputation. A regulation appeared in 1650 to protect the authenticity of its origin and to guarantee its quality. An edict of the King of France in 1737 stipulates that all barrels destined for sale and transport must be marked with the letters C.D.R.

In the middle of the 19th century, this circumscription was extended to the vineyards located on the left bank of the Rhône to become Côtes-du-Rhône. A historic appellation that will serve the vision of a man from Châteauneuf-du-Pape in 1930, Baron Pierre Leroy de Boiseaumarie, the architect of the creation of the AOCs in France. Their implementation was to profoundly transform the French vineyard in a shift towards quality, in which cultural methods, varieties, terroirs and their delimitation became determining factors.

But after the war, economic constraints and the independence of the North African colonies, major producers of table wine, encouraged the vineyards in the south of France to move towards mass production at the expense of quality. It was not until the early 1980s that the great wines of the Rhône Valley began to focus on quality again. A great mutation that is still going on today.

On the left bank of the river, the great red wines of Châteauneuf-du-Pape can be seen majestically with their deep, deep ruby, almost black colour, sometimes with a vermilion hue after a few years. These reds are the most emblematic wines of the Rhône and owe their colour to Grenache. Rapidly evolving, the socapa takes on a characteristic russet tinge after 10 years. Soon the wine will reflect mahogany tones that make a beautiful effect, but this does not mean that the wine's heyday is over. A great Châteauneuf-du-Pape can age for decades. We also find this kind of evolution in the red wines of Vacqueyras and Gigondas. Seductive, the red wines of Châteauneuf-du-Pape impose themselves by their strength. They release aromas of cedar, chocolate, vanilla, balsamic notes and sometimes pumpkin, even a subtle hint of violets if Syrah is part of the blend. The Vacqueyras and Gigondas wines evolve in a similar style, perhaps a little less extravagant, but their Rhône character is quickly apparent.

It is dominated by long, hot summers with about 1,000 hours of sunshine a year and the mistral wind that blows from the northwest about 120 days a year. This wind, although sometimes violent, has a positive influence because it dries the grapes and keeps the atmosphere free of diseases. Spring, together with the mistral wind, can be cold and rainy with a risk of frost until the end of March. Rainfall ranges from 500 to 570 mm.

The driest AOC of the Côtes-du-Rhône, Châteauneuf-du-Pape is also an exceptional terroir, with a lot of stones on the surface which is a challenge for the vineyard culture. Anyone who has had the opportunity to walk through the vineyards of Châteauneuf-du-Pape, especially on the high terraces overlooking the town, can only be amazed by this combination of forces in an old vineyard of twisted Grenache and its large stones on the ground. You can't see a centimetre of the ground because of the number of stones. This mineral spectacle also contributes to the greatness of the wines, as does the climate, being the driest area in the region. At an altitude of 128 metres, the terroir is mainly spread over three types of soil, each of which brings its own complexity to the wine. These have been formed progressively during the different geological periods of the secondary and quaternary periods. The inland seas, when they disappeared and then reappeared, composed the different strata of sediments that we find in the soil, clayey limestone, Pleocene sand, bourdigal molasses, etc.

Over the years and thanks to the formation of the Alpine massif, the waters dug the current Rhône basin. During the Quaternary glaciations, the progression and retraction of glaciers in the Alpine massif released rock debris, the quartzites. The quartzites, rolled by the tumultuous waters of the Rhône, have become the large stones that we know and that have been deposited on the oldest sediments at Châteauneuf-du-Pape. In addition to their spectacular size, these stones have a thermal function. During the day they store heat and during the night they release the heat at the foot of the vineyard, thus favouring the ripening of the grapes.