DO Catalunya - The House of Catalan Wine

1 Wineries and Vineyards for sale in DO Catalunya

Winery for sale in DO Alella.

Winery of organic production located in the region with the Designation of Origin of Alella. 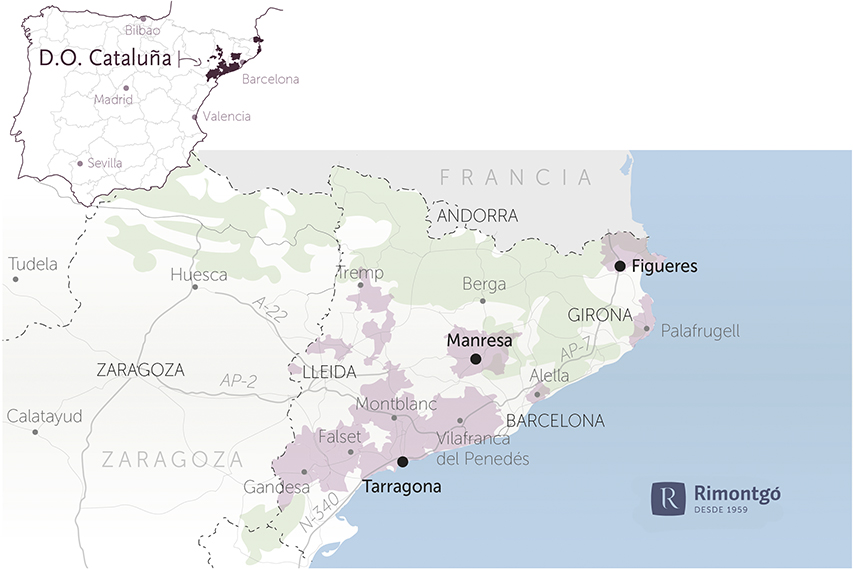 The DO Catalunya was created in 1999 to cover the traditional areas of vine planting that, despite the quality of its wine, were not integrated into other autonomous regions. It includes more than 340 municipalities where the harvest has been carried out uninterruptedly. It is distributed throughout Catalonia, an autonomous region located in the Northeast of Spain, bordered by France through the Pyrenees, Aragon to the West and the Valencian Community to the South.

Although each area has its own peculiarities, the soils of Catalonia are made up of sedimentary deposits with a predominance of calcareous materials and low organic matter content. All this gives a particular character to their vineyards, which are also protagonists of very beautiful landscapes.

In the pre-coastal and coastal areas, sea breezes regulate solar heating, which becomes more intense as we move inland. On the coast, the climate is temperate and moderate, with temperatures rising from North to South, in inverse form to the rain. The interior areas, far from the sea, have a Mediterranean continental climate, with cold winters and very hot summers.

The DO Catalunya covers very diverse areas and is more flexible with the grape varieties that are allowed: the Regulatory Council authorizes up to 19 white varieties and 16 reds. There are autochthonous ones, such as Macabeo, Xarel-lo, Parellada or Mazuelo; but international ones have also been incorporated, perfectly adapted already, such as Chardonnay, Sauvignon blanc, Cabernet Sauvignon or Syrah. Albariño, Chardonnay, Chenin, Garnacha Blanca, Gewürztraminer, Malvasia de Sitges or Riesling are also used to produce white wines; among the reds, Cabernet Franc, Garnacha Negra y Peluda, Petit Verdot or Picpoule.