The Algarve wine region favored by a mild climate creates the perfect conditions for the vine growing.

1 Wineries and Vineyards for sale in DOCs Algarve 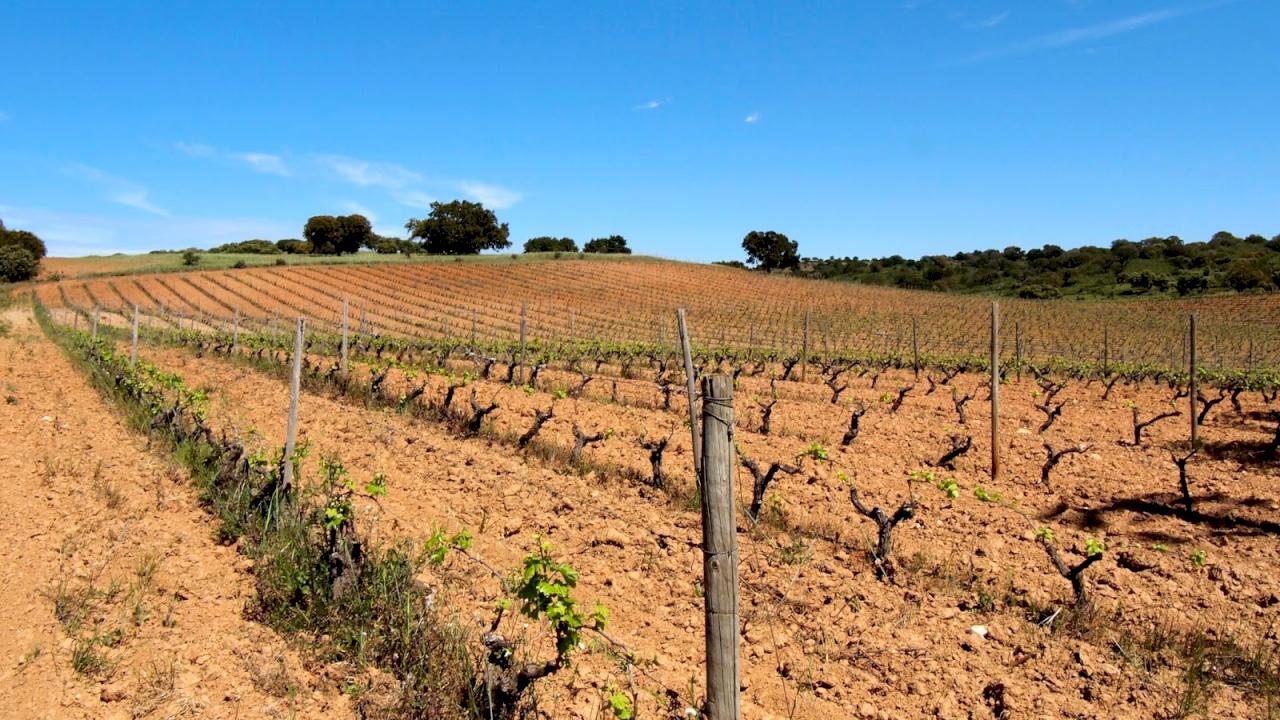 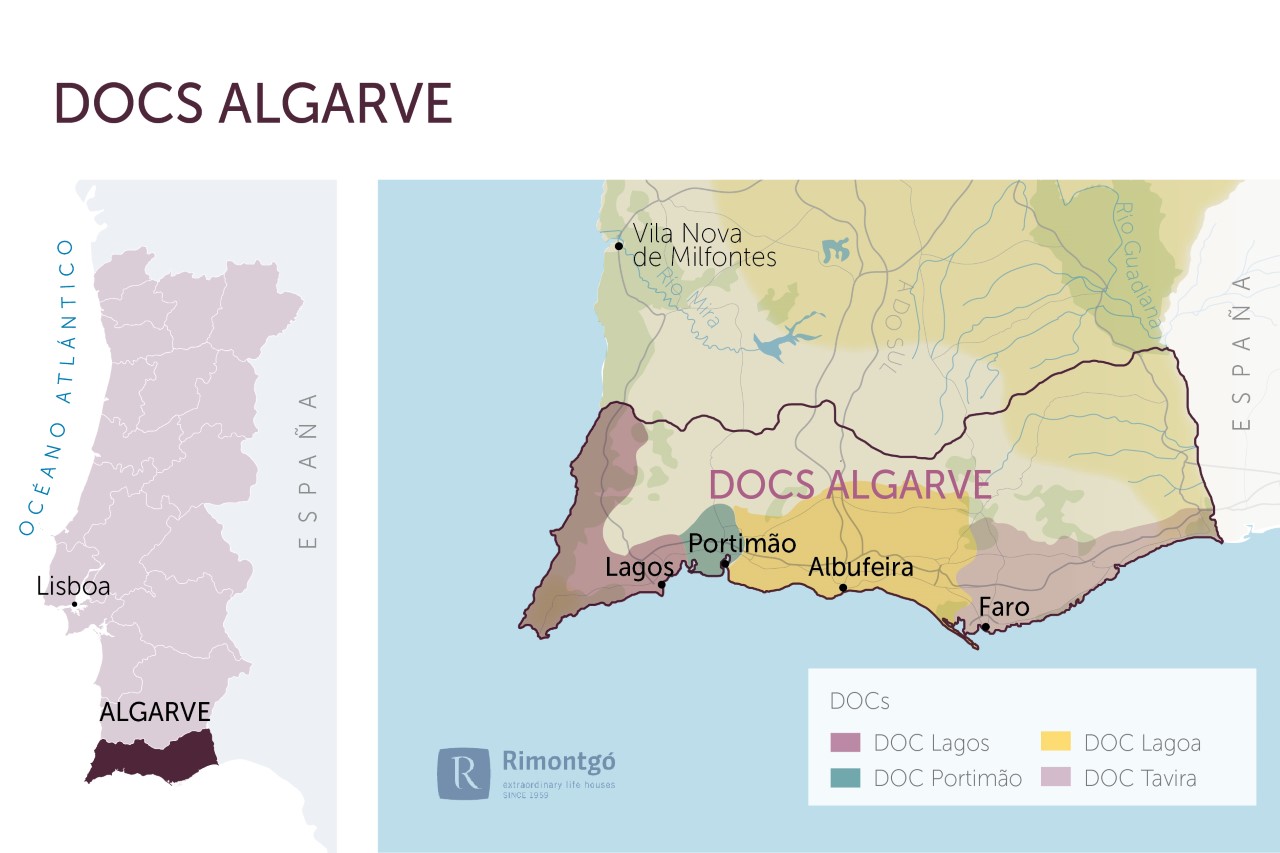 The Algarve was the last territory to be reconquered from the Moors by King Afonso III in the 13th century, and at that time it already had a wine-growing tradition, as can be seen in the first charter of Tavira, granted by the king in 1266. The name Algarve comes from al-Garb al-Andalus, which means west of Al Andalus.

There are several references which prove the tradition of the vineyard in the Algarve region, such as the important role of wine since 1527 in the export through the port of Tavira and later, with the phylloxera plague, the Algarve wines were the basis of the national wines destined for export with international reputation and fame.

The region is made up of a strip of land that stretches along the coastline of the foothills of the Monchique (at 900m) and Caldeirao mountain ranges. The traditional separation of mountain range and coastline with an intermediate strip called Barrocal represents the natural delimitation of the agricultural area. These low mountains separate the Algarve from the Alentejo plains and reach as far as the Guadiana River, which marks the border with Spain in the east. In the Barrocal strip, with its specific geological conditions, the land is more suitable for agriculture, with a predominance of almond, fig, carob, horticultural and industrial crops, and the highest density of vineyards in the region.

The Algarve wine-growing region was recognised in 1980 and it borders to the north by the chalky terrain of the Algarve mountain range and in the part relating to the municipality of Aljezur by the Odeceixe riverbank; to the south and west by the Atlantic Ocean and to the east by the Guadiana river. This region is divided into subregions: Lagoa, Lagos, Portimao and Tavira. Lagoa is comprised by the municipalities of Albufeira, Lagoa, Loulé and Silves. Lagos by Aljezur, Lagos and Vila do Bispo. Portimao by Portimao and Tavira by Castro Marim, Faro, Olhao, S. Bras de Alportel, Tavira and Vila Real de Santo Antonio.

It is difficult to classify the Algarve’s climate as it is generally thought of as Mediterranean because it is a summer destination; however, there are distinct climate zones in the Algarve. Windward to the west of Faro is heavily influenced by the Atlantic Ocean while the Leeward coast to the east of Faro is warmer and more Mediterranean. Rainfall is also very different in the two areas; in the west it rains 1,000 m3 in the mountains while in the east it rains 400 m3. The hours of sunshine are around 3,000 per year, which explains why it is such a tourist area.

Geologically, the Algarve can be divided into two parts, the Iberian plateau, made up of pre-Mesozoic formations, and a more recent coastal strip. In general terms, it can be said that most of the wine-growing area is planted on sandy soils.

In the 1980s, vineyards occupied an area of around 5,300 ha, a very small part of which was made up of white wine grape varieties. The vineyard is traditionally located away from the coast, on red sandy soils where almond, fig, orange and lemon trees are also grown near the local rivers. The largest concentration of vineyards is found around Lagoa and Silves in Barlovento and near Tavira in the hills north of Vila Real do Santo Antonio in Sotavento.

The designation of origin “Vinho do Algarve” or “Algarve” is for red and white wines elaborated from the following local varieties and some international varieties:

DOC Lagos: for the red varieties: Periquita or Trincadeira (minimum 30%) and Negra Mole (minimum 20%); whilst for the white varieties: Boal Branco (minimum 50%). Other varieties authorized are Crato Preto, Bastardinho and Monvedro plus the withes Manteúdo, Perrum and Muscat.

Liqueur wines based on varieties Crato Branco and Muscat white (minimum 85% of the referenced varieties) can also be elaborated in the Algarve region.

In the 1980s, more than 80% of the wine produced in the entire region was carried out by the cooperatives of Lagoa, Portimao, Tavira and Lagos. Wines such as the "bica-aperta" whites and an aperitif white wine made from the Crato Branco variety by the Lagoa cooperative were known by the names Afonso III and Algar seco. Nowadays, the four cooperatives have merged into a unique one in Lagoa and the list of permitted varieties is almost 70, which leaves the possibility of making anything in the Algarve today.

The EU has granted subsidies to pull out vineyards in Europe, so vines have been pulled out of the Algarve to plant in Alentejo and Douro where demand for grapes has increased. This explosion of the Alentejo has helped to guarantee that there are now 45 registered producers in the Algarve. Investors such as Sir Cliff Richards with Quinta do Moinho and Adega do Cantor, Aveleda de Vihnos Verdes with Quinta do Morgado da Torre in Ria de Alvor, Convento do Paraiso in Silves and Casa Santos Lima from Lisbon with Al-Ria in Tavira, as well as people of different European nationalities have invested in the Algarve.