It is the department with the most AOCs in France. The great variety of wines produced in the Gironde, the largest number of wineries and winegrowers in Europe and the largest area of vineyards producing quality wines.

3 Wineries and Vineyards for sale in La Gironde 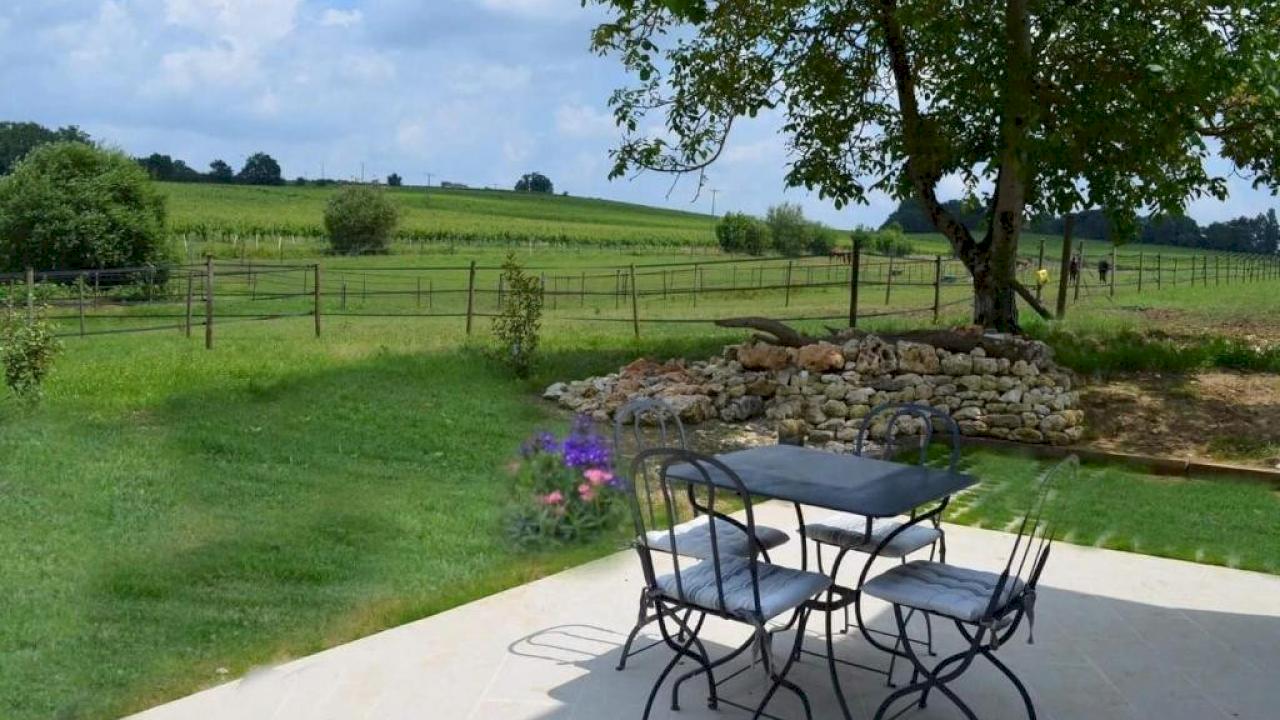 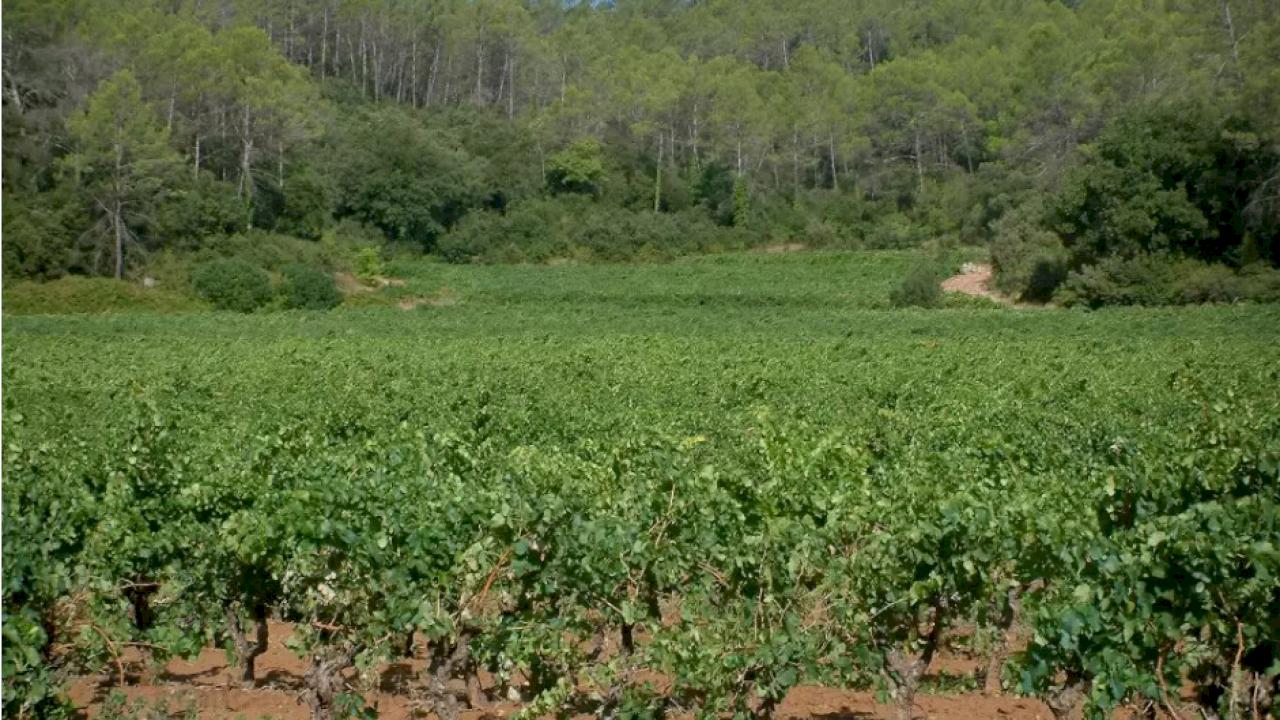 The Libourne vineyard comprises ten AOCs representing 12,500 ha of vineyards spread over three sectors. Saint-Emilion is the most important of the AOCs with 5,500 ha which is subdivided in two: AOC Saint-Emilion and AOC Saint-Emilion Grand Cru with stricter rules. In this AOC they are also called Cru Classés. Then there are the four satellites of Saint-Emilion: Montagne with 1.600 ha, Lussac (1.450 ha), Puisseguin (750 ha) and Saint-Georges with 185 ha. These AOCs have the right to add Saint-Emilion to the name of their village.

The Pomerol sector is smaller and has two AOCs, the illustrious Pomerol with 760 ha and Lalande de Pomerol with 1,130 ha and finally the Fronsac sector is situated on the other bank of the Ile river and is composed of two AOCs: AOC Fronsac with 840 ha and AOC Canon-Fronsac with 318 ha, being the smallest one.

Since 1987, the AOC Graves has been subdivided to the southern outskirts of Bordeaux to create a new, more elite AOC called Pessac-Léognan.

AOC Graves: this historic AOC covers a territory of 30 villages, not counting the 10 villages of the AOC Pessac-Léognan. This represents about 3,700 ha of vines in production, of which the majority (2,570 ha) are planted with red varieties and the rest with mainly dry white wine. Although in this AOC it is also possible to produce sweet wines and there is the AOC Graves Supérieures for these wines with about 330 ha. In fact, the regulations for production are less strict than in the AOC Pessac-Léognan. The yield per hectare cannot exceed 50 hl for dry reds and whites, and 40 hl for sweet wines. The minimum planting density is set at 5,000 feet per ha. This is why Graves wines have a lower production cost than those of Pessac-Léognan.

AOC Pessac-Léognan: having been created thirty years ago, the AOC has been voluntarily defined in a qualitative perspective in line with current demand. The territory of the AOC is smaller, covering only 10 villages and representing 1,530 ha of vineyards in production (1,293 ha of red and 267 ha of white). The regulations are stricter here, the yields per ha are 45 hl for reds and 48 hl for whites. The planting density per ha must be at least 6,500 feet. Another distinction with respect to the AOC Graves is the impossibility to produce white wines only from the Sémillon variety. Sauvignon Blanc must always make up at least 25% of the blend of the white wines of Pessac-Léognan.

In the north of Bordeaux (left bank), the Médoc is made up of 8 AOCs, 6 communal and 2 sub-regional.

AOC Haut-Médoc: covers 4,708 ha of vineyards. The name of the AOC is due to its geographical location upstream. It starts in Blanquefort in the south and ends in Saint-Seurin-de-Cadourne in the north, covering the southern part of the Médoc, including the 6 AOCs of the villages of Margaux, Moulis, Listrac, Saint-Julien, Pauillac and Saint-Estèphe. It can serve as a back-up AOC when the wines are not good enough for the AOCs of each village.

AOC Médoc: covers 5,750 ha of vineyards. If we look at the AOC texts, it covers the entire Médoc vineyard. But in reality the Crus claiming the AOC Médoc are located downstream of the AOC Haut-Médoc, the downstream part of the vineyard from Saint-Ysans-de-Médoc to Saint-Viviende-Médoc.

AOC Margaux: covering 1,493 ha, this vineyard is the largest of the 6 communal AOCs and extends over 5 villages (Margaux, Cantenac, Soussans, Arsac, Labarde). It is also the AOC with the largest number of Crus Classés, a total of 21, including 1 Grand Cru Classé, Château Margaux. This AOC is characterised by a gravelly terroir that gives the wine an incomparable finesse.

AOC Moulis: covers 630 ha of vineyards. This small AOC owes its name to the number of mills that were once present in the area. It has no Cru Classé, but its reputation has been built on the quality and homogeneity of the 40 Crus of Moulis, among which Château Poujeaux, Chasse-Spleen and Maucaillou are the most illustrious representatives. Its remoteness from the river makes the AOC more sensitive to climate variations, for example frost, and if the weather conditions are difficult, these châteaux will be less efficient.

AOC Listrac-Médoc: covering 623 ha of vineyards, it is the smallest AOC in the Médoc and like its neighbouring AOC (Moulis) does not have any Cru Classé. The two AOCs share their sensitivity to climatic changes. However, there are still good properties, the former Crus Bourgeois such as Château Clarke, Fourcas-Dupré, Fourcas-Hostens or Fonréaud. Properties that express beautifully the fruity yet fleshy side of Listrac wines.

AOC Saint-Julien: covers 909 ha of vineyards. Although the AOC does not have a Premier Cru Classé, Saint-Julien nevertheless has 11 Crus Classés which alone represent more than 80% of the AOC. This qualitative concentration is one of the successes of these wines. Château Léoville las Cases is the most sought after of all together with its companions Ducru-Beaucaillou and Léoville-Barton.

AOC Pauillac: covers 1.204 ha of vineyards. Only in this AOC there are 3 Premiers Crus Classés out of 5 : Château Latour, Château Lafite Rothschild and Château Mouton Rothschild. This characteristic says a lot about the quality of the AOC because as in its neighbour Saint-Julien, the total of Crus Classés represents 80% of the vineyard of the whole AOC. Some of the best known wines in Bordeaux are produced here and their inimitable class, aromatic complexity and finesse place them at the top of regional production.

AOC Saint-Estèphe: covers 1,226 ha of vineyards. It is the most northerly of the communal AOCs and above all known for the typicity of its wines: spaced, full-bodied and endowed, the best wines of the AOC, with great finesse. It is also the AOC with the most rugged geography, with terroirs of many contrats. Vineyards such as Montrose, bordering the river or Cos d'Estournel, the other Second Cru Classé, perched on top of one of the highest hills in Médoc. This Château Cos D'Estournel is considered a super second that sometimes rivals the Premiers Crus Classés and is the one that has carried the banner of the AOC.

Along the Gironde estuary, at the northern end of the department, at the edge of the Charentes vineyard, are the AOCs Côtes de Blaye (7,000 ha) and Còtes de Bourg (3,900 ha). These AOCs produce mainly red wines and accessorily white wines. They are two dynamic AOCs that in a few years have made considerable progress in terms of quality.

Further south, still on the same bank and upstream from Libourne and on the border of the Dordogne department, is the AOC Côtes de Castillon (2,870 ha) which represents a heterogeneous production and benefits from the technical support of winemakers from Saint-Emilion who have invested in this AOC. To the point that today the best wines follow some Saint-Emilion. The AOC Côtes de Francos (469 ha) is beginning to take its first steps and to show its best possibilities by increasing its reputation.

Without counting the AOCs where sparkling or sweet wines are produced such as Cadillac, Loupiac and Sainte-Croix-du-Mont, Entre-deux-Mers counts 6 AOCs. Along the right bank of the Garonne are concentrated the AOC Côtes de Bordeaux (3.360 ha), which starts from Saint-Eulalia in the north to Saint-Macaire in the south near the sweet wine AOCs. This AOC produces mostly full-bodied red wines coming from the limestone slopes overlooking the river. Within this AOC there are 230 ha used for the production of sweet wines with more flexible conditions than the other sweet wine AOCs.

To the northeast is the small AOC of Graves de Vayres (530 ha) where, as its name suggests, its gravel terroir is reminiscent of the terroir of the AOC Graves-Pessac Léognan. On most of this land, the AOC Entre-deux-Mers (1,430 ha) is dedicated solely to the production of dry white wines. On the border with the Dordogne, the AOC Saint-Foy-Bordeaux (280 ha) produces red wines as well as white and sweet wines, while the AOC Côtes de Bordeaux Saint-Macaire (55 ha) produces only sweet wines.