Located between Coimbra and Aveiro, in the heart of Portugal, Bairrada is considered the main producer of sparkling wines in the country.

1 Wineries and Vineyards for sale in DOC Bairrada 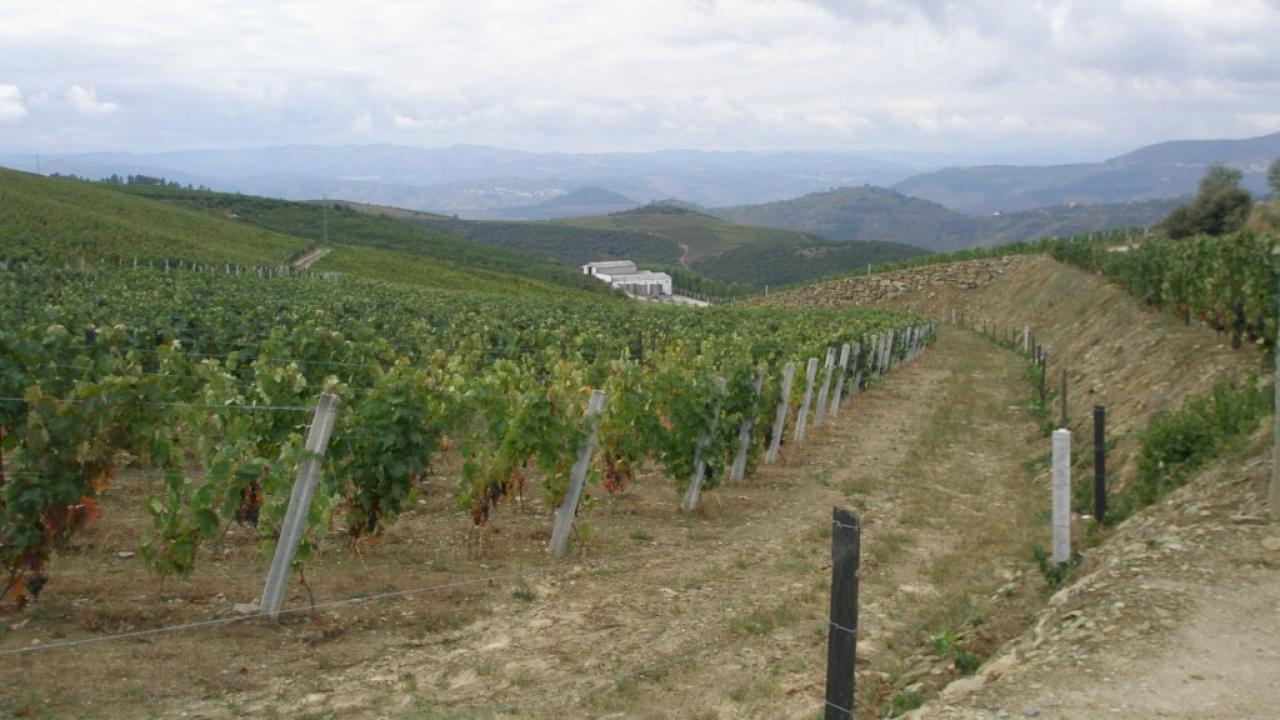 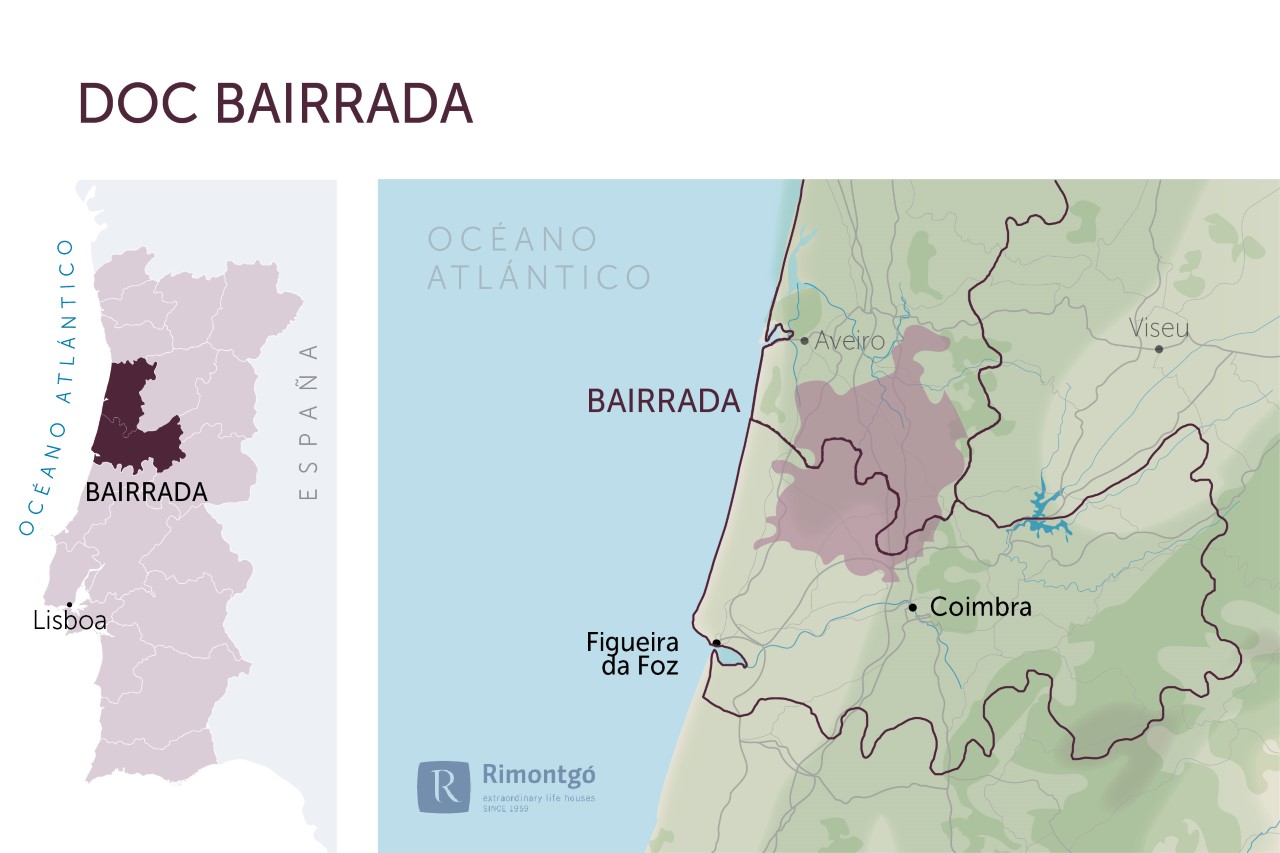 Bairrada is a very old region, already in the times of the Roman occupation it was inhabited by the military road from Eminio a Calle. According to historical documents, there are frequent references to the vineyards of Ventosa, Portunhos, Ança, among others, in the 10th and 11th centuries.

In the book of the Testaments of Lorvao there is a piece of news that says that in the year 950 the monastery of Lorvao was given a vineyard of Silva in the council of Mealhada.

The tradition and fame of the wines of Bairrada dates back to the beginning of the foundation of the country, since according to the existing documentation, Alfonso I of Portugal authorised the planting of vines in the region on condition that a quarter of the wine produced was given to him.

Later, during the reign of Manuel I, all the charters referring to the towns of Bairrada refer to their vineyards.

Bairrada was an area that marked the border between the Christians and the Moors during the centuries of occupation. Once reconquered, Bairrada became an important wine supply area for Coimbra and Porto.

Over the years, viticulture flourished in the region, but the Marquis of Pombal conditioned its culture by ordering the uprooting of most of the vineyards, which caused a hard blow to the viticulture of Bairrada. This prime minister, during the reign of José I (1750-77), in order to protect the quality and authenticity of Port wines, destroyed the Bairrada wine-growing region.

Only in the reign of D. Maria I, the conditioning of the culture of the vineyard was established, giving way to the trade and export of large quantities of wine through the port of Figueira da Foz to the markets of Brazil, North America, France and England. It was also the agricultural experts and oenologists during the 20th century who continued to innovate, among others with the production of natural sparkling wines, which gave great prestige and a boost to the region's economy.

Bairrada is currently framed by the Vouga river in the north, the Mondego in the south and the Serra de Caramulo and Buçaco in the east. A strip of pine forests in the west separates it from the Atlantic. The region is crossed by three small rivers, Certima, Agueda and Varziela, which flow into the Aveiro lagoon. The altitude varies from 50 metres near the coast to 500 metres in the Buçaco and Carmulo mountain ranges. In the Certima valley, most of the vineyards are located on a fairly flat surface between 7 and 120 m.

The soils correspond to limestone soils of the Jurassic and Triassic era that give rise to limestone clays, soils that produce wines of great structure and longevity while the sandy soils of the west produce lighter and more aromatic wines and are more suitable for white wines. The word clay in Portuguese is mud, which must be the origin of the word Bairrada.

The region is made up of soils of varied mineral constitution and from different geological eras. The soils where the vines are cultivated under the low form are mainly of a clayey and clay-limestone nature, with a Mediterranean/Atlantic climate and an annual rainfall of 900-1200 mm, with westerly winds prevailing.

A unique and unusual feature of Bairrada in Portugal is that until the 20th century this region had only one grape variety: Baga. A fanciful variety capable of making opposite wines. In the 1990's this variety accounted for 95% of the red varieties in the region and 80% of all the varieties in the region. Baga is a variety with acidity that voids residual sugar (Sogrape buys Baga grapes for its Mateus Rosé).

Since 2003 the DOC allows a wide variety of grape types, both local and foreign. A very controversial measure, Luis Pato, a well-known local producer, decided to leave the DOC. An association called Baga Friends use the name Bairrada Clasico to designate the wines of the Baga grape in the area. Nowadays we can also find this variety in Dao.

The wineries of this DOC, some of them were founded in the 1920s and 30s when a number of merchants established wine cellars in the region. From this period are Caves Irmaos Unidos (today Caves Sao Joao), Caves do Barrocao, Caves Messias, Caves Aliança, Caves Valdarcos, Caves Solar de Sao Domingos and Caves Borlido. The cooperative movement is deeply rooted in Bairrada; however, it is not as dominant as in neighbouring Dao. The cooperatives make most of the base wine that goes for sparkling wine.

With the help of EU funds, many small producers have set up their own wineries, such as the Baga Friends: Luis Pato, Filipa Pato, Quinta da Vacariça, Disónio de Sousa, Quinta das Bageiras, Quinta de Baixo (Niepoort) and the legendary neo-Manueline style Bussaco Palace Hotel, a palace built for Portugal's penultimate king Carlos I who was assassinated in 1908 and his second son Manuel II abdicated before the Palace was completed. Since 1917 it has been a hotel run by the Almeida chain, and the first Bussaco wine is still kept in Curia. Both its red wine (from the Baga grape) and white wine (Bical, Arinto and Maria Gomes) are among the most renowned in Portugal.

Other quintas are Quinta das Bageiras of the Alves Nuno family, Quinta de Baixo bought by Dirk Nieeport in 2012 after working with several wineries in the area, Campolargo known for its great variety of grapes, Filipa Pato daughter of Luis Pato and great advocate of the Baga variety, Luis known as Baga-Rebel was the son of Joao Pato the first to bottle Quinta Bairrada wine in the 70's, Casa de Saima, Sidinio da Sousa, Vadio, Quinta do Encontro, Kompassus.