Wineries for sale in Huesca: the importance of Somontano wine

1 Wineries and Vineyards for sale in Huesca

Winery with vineyards for sale in D.O. Somontano.

Winery with 52 hectares of vineyard located in the heart of D.O. Somontano, in the province of Huesca. 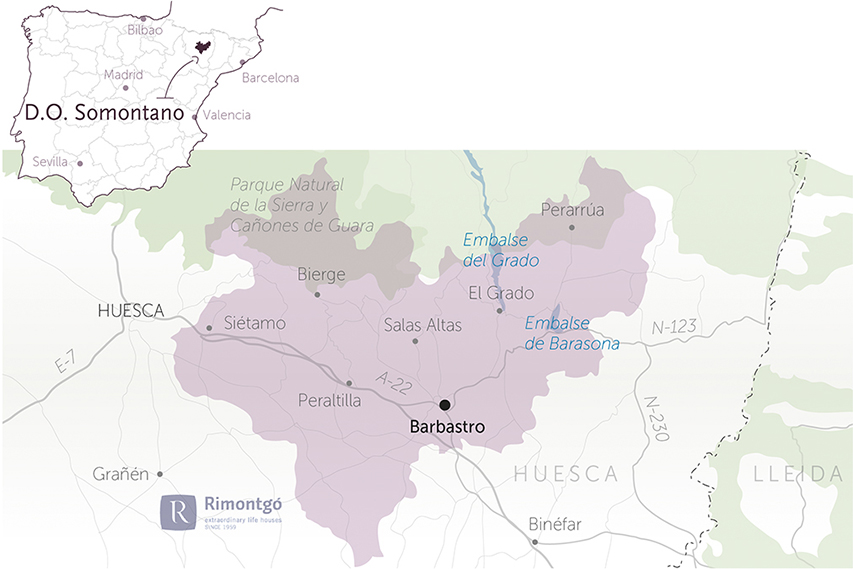 The province of Huesca, together with Teruel and Zaragoza, make up the autonomy of Aragón. Situated in the northeast of Spain, it is a mountainous area bordered by the French Pyrenees. It consists of 202 towns and 6 judicial districts.

Although Aragon’s viticulture goes back to 500 B.C, it would be during the Middle Ages where it would experience a boost. The Cisterians and the Monastery of Santa María de Veruela are two key names which extended vine plantations over different areas of Huesca. The most important cultivation area is Somontano, a rural area which sits in the region with the same name, with Barbastro in the centre.

In the 19th century, they phylloxera plague in French vineyards provoked an increase in production in Huesca. Somontano gained recognition thanks to the constant work and good quality of its wines. Specifically, in the 60’s, the regional cooperative was born and took its first steps towards the Designation of Origin, which was approved in 1984. From this moment, investment in wineries grew.

Huesca is a mountainous province with great snowy landscapes near the Pyrenees. Areas such as the Ordesa and Monte Perdido National Park are declared World Heritage Sites by UNESCO. It also has famous ski resorts like Candanchú and Formigal. From a cultural aspect, it has local heritage areas like Jaca, Barbastro and San Juan de la Peña, as well as the old town of the city with the same name. The Camino de Santiago passes through Huesca and the Somontano Wine Route can be done.