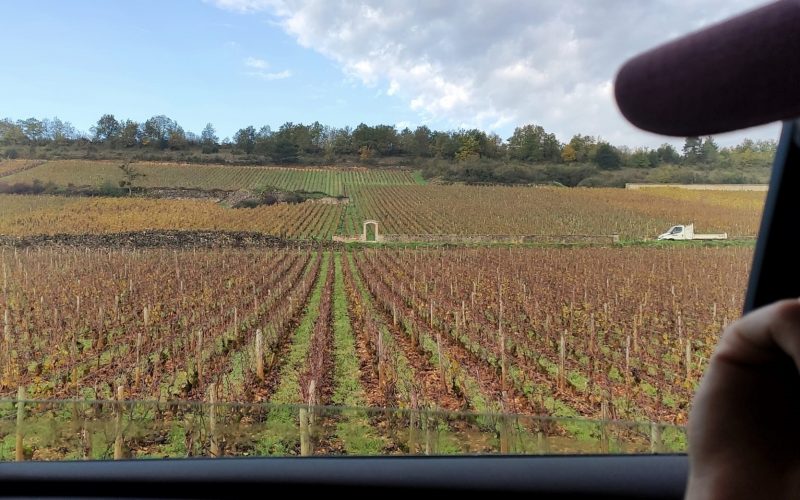 Recently, during a trip to Burgundy with friends, I had one of the most interesting and amusing discussions – I can’t deny it – that I have ever had in the world of wine. At this point, I think it’s no secret that I’m a bit of a “terroir Taliban”, but terroir can have its nuances and particularities, and when it comes to making a wine from the same vineyard, what is more important? its terroir, the varietal clone or the producer? This innocent question was broken down, to a large extent, with a touch of sarcasm.

There we were, in front of the mythical and fragmented Montrachet, owned by a few owners, all of them of recognised prestige. The vineyard was a canvas of ochre tones on which one could clearly see the rows of vines belonging to each of the different owners. Some with topsoil, others without. Some were tilled, others were not. Some were pruned, pre-pruned or unpruned. Many of them with abundant leaf mass, others with little leaf. Of course, there were rows with normal planting density and others with two spans of Salva. And it was at that moment that the real importance of the terroir of that marvellous climate was questioned. A question that, in turn, can be extrapolated to any vineyard in the world.

“Yes, yes, we are in front of one of the great vineyards, but not all producers elaborate the same wine and, therefore, each wine is different. What prevails? its terroir, the varietal clone used or the winemaker’s interpretation of the landscape?

Let’s see who can tell the difference. Without that soil, that exposure, that drainage, that climate, there would be no Montrachet. That’s true. Without a producer who interpreted the vineyard masterfully, there would be no Montrachet, nor would there be the great wines that this small plot of just over seven hectares has to offer. That’s true. But not all winegrowers use the same chardonnay clone, nor do the vines have the same age. So what’s the point of the vineyard, no matter how much Montrachet it is?

There was no quorum. The study was closed with the agreement that the day one of us wins the lottery, we will buy a bottle from each of the Montrachet producers, of the same vintage, to make a practical comparison and to be able to analyse the differences in due detail. In the meantime, we will be left wondering about the importance of the terroir, the clones or the producer. Although, now, the truth is that this “invention” of terroir has been ruined.