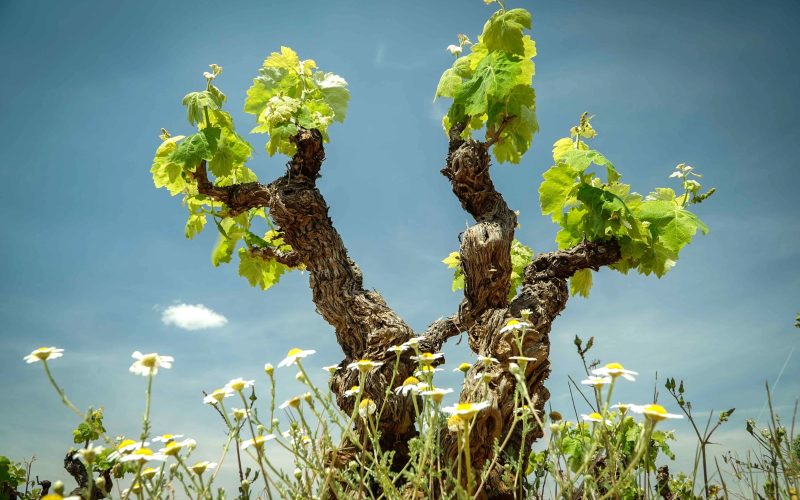 There are grape varieties that are unknown to a large part of the population, but this does not mean that they are not of high quality. Moreover, the fact that they are typical of smaller wine-growing areas reduces their importance when it comes to their demand. Nevertheless, there are some exceptional wines that the consumer misses out on out of sheer ignorance. Bobal is a good example of what I am saying.

Like Monastrell, Garnacha or Carignan, Bobal is a variety that perfectly represents the typicality of Mediterranean wines. And, despite what was said at the beginning, it is the second red grape, after Tempranillo, in number of hectares. It is especially widespread in Castilla-La Mancha, where it is planted over 50,000 hectares, and in the Valencia region, where it exceeds 30,000 hectares, with a special predominance in the Utiel-Requena DO. Without being restrictive, we cannot fail to mention the wines of Bodegas y Viñedos Ponce and Alto Landón, in Castilla-La Mancha, and those of Bodegas y Viñedos Sentencia, Dussart Pedrón and Mustiguillo, in Utiel-Requena.

I recognise that, blind, it is not easy, as it is one of those grapes that is difficult to extract. This is logical, as it is a variety that tends to go unnoticed, even for amateurs, who are not accustomed to blind-fasting a Bobal wine.

In the mental scan of nuances, smells and flavours, I first go through the most typical varieties and areas, then, when I conclude that it is nothing that I can easily identify, I start to broaden the geographical map. This is the key, to open your eyes and recognise that there are more grapes than the traditional ones. From there, it is a matter of analysing the nuances of the wine and trying to fit the different pieces together, as if it were a puzzle. In particular, the bobal reminds me of a tempranillo from Ribera del Duero, but with a slightly lower layer, slightly less acidity, a green trace of raspón and Mediterranean notes.

On re-reading this entry, I realise that this analysis once again shows that blind tasting is much more than just a game. It is an extraordinary mental exercise in which, by relating geography, climatology and wine knowledge, it is possible to locate any part of the world in a glass of wine.