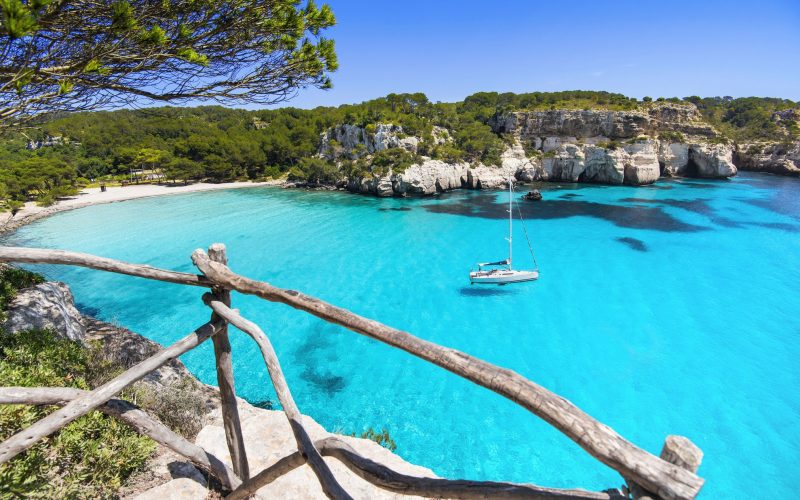 Maybe when thinking of Mallorca, the first things that comes to our minds are beaches, summer, holidays and Germans. They are right but, of course, Mallorca is so much more, such as the mountains, tradition, culture, gastronomy and, of course, wine. I always say that the gastronomy of Mallorca is the great unknown. Sobrasada and ensaimada are just the tip of an iceberg that is as vast as it is tasty. Sea and mountains cuisine that will make you weigh a couple of kilos in the blink of an eye – in this case, in your mouth. The island’s addictive gastronomy pairs exceptionally well with its wines, both white and red, although it is the latter that carry the greatest weight.

The wine-making tradition in Mallorca is ancient, as a multitude of vessels and other earthenware containers have been found, dating back to the 7th and 6th centuries BC, which were used to sell wine. However, it was not until the Roman occupation that wine cultivation developed on the island.

The wine production area entitled to the designation “Vino de la tierra de Mallorca” covers all the municipalities of the island, however, there are only two Designations of Origin: D.O. Binisalem and D.O. Pla i Llevant.

The D.O. Binisalem comprises the municipalities of Binissalem, Consell, Santa María del Camí, Sencelles and Santa Eugenia. The landscape is dominated by the plain, protected from the winds by the Sierra Alfabia mountain range. The vineyards are located at sea level with soils formed by tertiary and quaternary continental sediments rich in calcareous materials.

The D.O. Pla i Llevant is made up of the municipalities of Algaida, Ariany, Artà, Campos, Capdepera, Felanitx, Llucmajor, Manacor, Maria de la Salut, Montuïri, Muro, Petra, Porreres, Sant Joan, Sant Llorenç des Cardassar, Santa Margalida, Sineu and Vilafranca de Bonany. Its territory is also flat and of low elevation, with a predominance of “call vermell” soils, which is a reddish clay-loam soil with abundant ferric oxide, which usually offers excellent results in the wines made with callet.

The native red grapes of Mallorca are: callet, manto negro, fogoneu, gorgollassa and escursac, although unfortunately there are also foreign varieties recognised by the D.O. In whites we find: moll (prensal), giró ros, malvasía, macabeo, moscatel de Alejandría, moscatel de grano menudo and parellada, although, as with the reds, the D.O. recognises some foreign varieties.

I have a special bond with Mallorca, as I am half Mallorcan on my father’s side, so I speak with full knowledge of the facts when I say that Mallorca is not only a wonderful natural paradise, but also a cultural, gastronomic and oenological paradise. A place where a number of habitats coexist, perfectly expressing the essence of the Mediterranean.