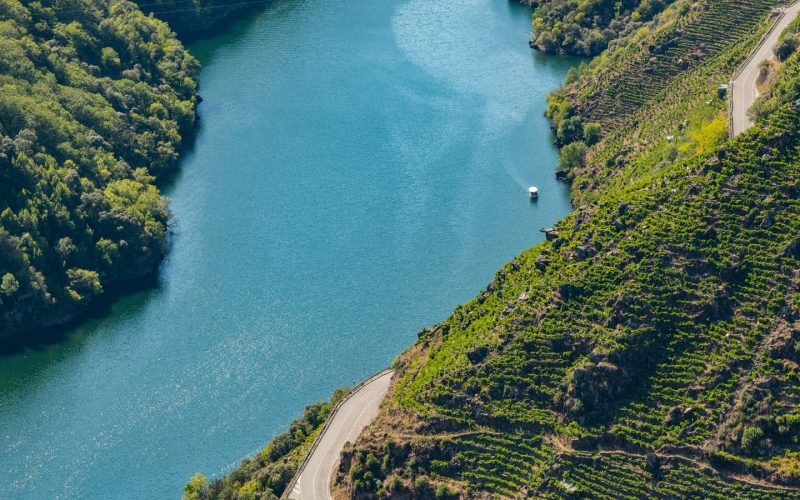 Grapevines have become one of the most varied and prolific crops in the world, and in Spain, there is a different grape variety in almost every region. In this text, we wanted to illustrate a few examples of rare or little known types of vine that are not so easy to find.

If you are interested in investing in a winery, the grape variety will be an essential factor when it comes to the colour, scent and flavour of the final product, so the more knowledge we can offer you, the better you can decide. Spain has a rich winemaking history; most of it is a tale of tradition and success, but in the 19th century, the whole of Europe was struck by a tragedy that would render some varieties extinct and set multiple vineyards back for decades. Read on to discover five rare types of grapes that are gaining popularity among winemakers:

The remote foothills of the Pyrenees may not sound like the most hospitable grounds for white wine grapes to grow, however, in the Designation of Origin Somontano, they are bringing back an indigenous vine species: the Alcañón grape.

The Somontano region is located in Huesca, northern Aragon: being so close to the mountains translates into a warm, dry climate in summer and a cold, cloudy and rainy winter. These conditions have enabled local wineries to recover the native Alcañón vines, which were abandoned in the past in favour of more international and popular varieties.

This white grape species has a yellowish-green colour, strong flavour and pleasant aroma qualities. Wines made from this variety have low alcohol strength, they are also fresh and citrusy with fruity tones, altogether well balanced, nuanced and scented.

In the decade of the 1870s, vineyards across Europe endured a plague from an American insect called grape Phylloxera. This bug fed from vine roots; consequently, European vines sustained serious damage and in many cases, they died. One of the grape varieties that suffered the effects of this insect was the Brancellao vine, also known as Albarello.

There are hardly any wines made exclusively with this red grape variety, but those that exist are from the Ribeira Sacra, in the northwestern region of Galicia. Moreover, designations of origin such as Rias Baixas and Ribeiro authorised the use of Brancellao grapes.

The red wine made from these grapes has high alcoholic strength; they maintain a certain level of acidity and have a distinct and pleasant scent. However, the lack of depth in its colour limits the use of this red grape in single-variety wines.

The Arribes del Duero region, in western Castile and Leon, was also damaged by the Phylloxera plague in the 19th century. Its vineyards were devastated; nonetheless, local winemakers started growing Bruñal grapes at the beginning of the 20th century. The origin of this hardy vine is still unclear, although current plants found in isolated areas of difficult access may have important genetic information about it.

The wine resulting from this red variety has high alcoholic strength, a good body and balanced acidity. Despite its high quality and due to its scarceness, Bruñal grapes are mostly used to make concentrated wines.

The origin of the Godello grape variety is believed to be around the 12th century in the northwestern regions of Spain, particularly, along the steep and rugged banks of the Sil river. Despite the popularity of Albariño grapes in this region, old forgotten indigenous grape varieties such as Godello are being rediscovered and gaining relevance. Designations of Origin like Valdeorras and Bierzo use it as their main crop to make white wine.

The most notable advantage of white wine made with this grape variety is that it ages well in wooden barrels. The result of this maturing process is a complex and elegant wine with medium alcoholic strength and a fresh and fruity scent.

Forastera crops, or what would be the current grapes’ ancestor, were introduced into La Gomera by Spanish conquerors around the 1450s. This unique variety was lucky to escape the Phylloxera plague that ravaged Europe in the late 19th century; the American insect did not reach the isolation of La Gomera, one of the smallest of the Canary Islands. Consequently, the Forastera grapevines are now the oldest variety in Europe.

The plant itself adapted perfectly to the island’s weather conditions, rugged landscapes and it even developed its own character, thriving at high altitudes. The resulting wine has floral, mineral and fruity nuances, a high alcoholic strength and a yellow colour with distinctive golden tones.

If you are considering investing in a winery, Rimontgó has properties in designations of origin across Spain. Whether you are interested in a large equipped vineyard or if you were looking for something a little quainter, feel free to contact us for more information, we will be delighted to assist you in finding what you are looking for!