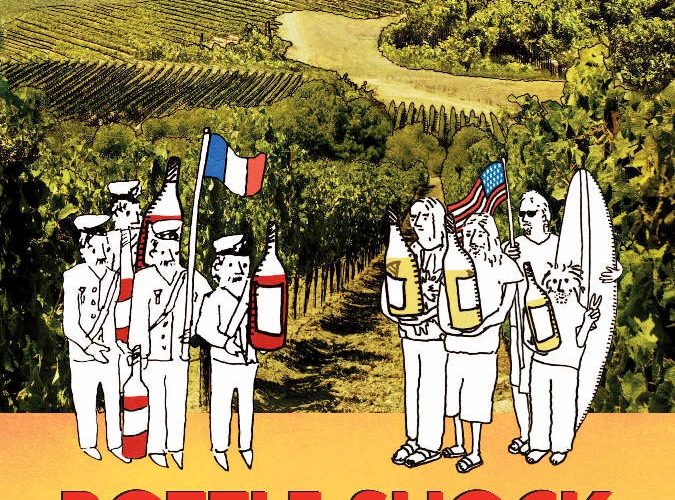 This is one of the great stories of the wine world. France has always been considered the world’s wine reference. The paradigm of excellence. Burgundy, Bordeaux, Champagne, Rhône… the pinnacle of wine. Despite this premise, in 1976, Steven Spurrier, a Briton who had a wine shop in Paris, after a trip to California to bring American wines to Europe and after seeing their excellent level, had the happy idea of organising a blind tasting between important California and  French wineries. This took place at the Hotel International in Paris on 24 May 1976.

The wine tasting jury consisted of one British, one American and nine French, including Aubert de Villaine, owner of the iconic Domaine Romaneê-Conti, Odette Kahn, editor of the Revue du Vin de France and Cuisine et Vins de France, Pierre Brejoux of the Institut des Appellations d’Origine and Michel Dovaz of the Institut du Vin de France. Obviously, the French had no doubt that in the blind tasting their wines would easily outperform the American wines. It came as a huge surprise when, the bottles were uncorked, the scores gave the California wines as the winners, both in whites and reds. This was the result in order of highest score:

In 2006, thirty years after the famous Judgment of Paris, Steven Spurrier reprised the tasting, this time simultaneously in London and California, with the same red wines from 1976. The top five wines were Californian and the sum of the scores from both tastings gave the winner as Ridge Monte Bello 1971 (California). The first French wine, in sixth place, was Château Mouton-Rothschild 1970 (France). The result was again the same, with the Californian wines winning out over the French. French pride was once again hurt. This endearing story was made into a film by Randall Miller in “Bottle shock” (2008), which I highly recommend.

Once again, blind wine tastings demonstrate that, if we remove our prejudices and look at a wine without brand conditioning, the truth is only in our senses.